In 1969 Congress passed a law to stop a few high earners from avoiding paying any income tax. The original intent was good, to take away some of the loopholes that millionaires were using to avoid paying income tax but over the years, without allowing for inflation, the implementation became punitive to not only top earners but households that are middle class. In 2017, five million taxpayers were affected by the alternative minimum tax. The Tax Cuts and Jobs Act has made some significant changes that will lessen the burden on those it was never intended to effect.

What is the alternative minimum tax?

The alternative minimum tax is a mandatory additional tax that high-income taxpayers are subject to. It takes away many of the deductions that most taxpayers take advantage of and does not allow the standard deduction or personal deductions. It also takes away most itemized deductions. It does not affect all high-income earners, as a matter of fact, in the $200,000 to $500,000 income level, only 27.2 percent of taxpayers are subject to the tax. More than 67 percent of those in the $500,000 to $1million income bracket are affected by this tax.

Who pays the alternative minimum tax?

In 1967 155 people who earned more than $200,000 paid no income tax.  In today’s terms that income would be $1.7 million. But in 2018 those earning more than $191,500 are subject to the additional tax. This includes single filers and those married couples filing jointly. The amount is $95,750 for married couples filing separate returns. The people most affected are married couples with children. In most cases, both of them are working, pushing their income higher and they are not able to take exemptions for the additional family members.


The alternative minimum tax does not affect everyone with a high income, if you are already paying a tax rate higher than the 26 percent or 28 percent, then you will not be subject to any additional tax.

How is the alternative minimum tax calculated? 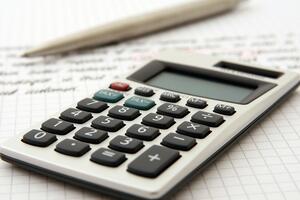 The alternative minimum tax is calculated on IRS form 6251. It is figured on adjusted income. The allowed exemptions are $54,700 for those who are married but filing separately and $70.300 for those who are single or head of household. It rises to $109.400 for married couples filing a joint return and additionally to qualifying widows and widowers. Taxpayers pay 26 percent on the amount below the threshold of $191,500 and 28 percent above that amount.


The alternative minimum tax is a complex issue and how it is calculated is enough to confuse the average taxpayer. If you think that you fall into this category, give Chandler & Knowles CPAs a call and make an appointment to talk to their knowledgeable experts about your tax situation. They can provide the advice you need to understand the best way to keep your tax burden manageable and take advantage of all the deductions you qualify for.