What Are Some Benefits of an Individual Retirement Account? 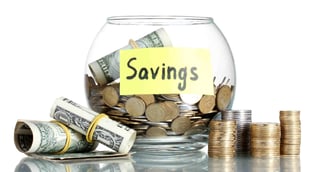 Most people agree that putting money away for retirement is a smart move. No one wants to rely on Social Security payouts exclusively after a lifetime of hard work. With the national debt rising to over 21 trillion dollars and tax rates changing, any savings account represents a hedge against uncertainty.

A popular nest egg that nearly everyone who works can take advantage of is the Individual Retirement Account (IRA).

Offered in two versions (Traditional and Roth) it gives savers the ability to invest their money and defer their taxes until retirement age or pay them up front. An IRA is a savings account with strategic tax advantages. It is a container with a retirement label on the outside. Its purpose is to organize the tax burden for the investor. The type of investments that goes in the container change with each person depending on identifiers like age, career, and level of risk. The IRA can be purchased through financial institutions like banks, credit unions, and brokers. The basic qualities are the same from state to state.

Traditional IRAs don't have an age requirement. Anyone who works is allowed to contribute to an account of their choosing, from a 15 year old with a lawn service to a 58 year old building contractor. As long as the money is earned from working, everyone can participate. The IRS limits the amount a saver can contribute to their IRA at $5,500 per year. There are no minimum contributions. Those over 50 can add an up to $1000 extra. This is true of both the Roth and the traditional accounts. 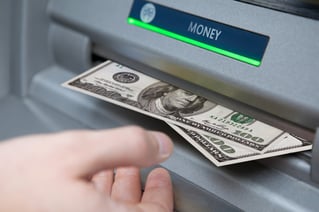 Taking money out of the account before the age of 59 1/2 counts as an early withdrawal. Keep in mind, IRAs are set up for the purpose of having money in retirement. That means with the traditional version, the tax burden is put off until the money is removed from the account. Early withdrawal means the saver has to pay both the taxes on the investments and the penalty fees. It could be up to 25%.

The Roth IRA is easier to take money out of early in most cases. Because the tax on the contribution is already paid, the fees for early withdrawal don't apply. There are restrictions on the type of withdrawal. For instance, money used for new home purchases or medical disabilities counts toward "qualified distributions". Paying off a gambling debt or a vacation in Tahiti does not. The Roth IRA also sets a limit of 5 years as a minimum time frame for withdrawal.

The best option really depends on the overall goals of the investor. As stated before the biggest difference is whether or not the taxes are paid up front or deferred. One advantage of the traditional IRA is the amount a person can deduct from their yearly tax bill. By contributing qualified income to the IRA, the investor is able to avoid the tax till later.

The biggest advantage of the Roth IRA is knowing that the tax obligation is already met, no matter where rates end up. Federal tax rates do change over time depending on the political environment and country's debt obligation. Interest rates also affect the amount of income one is likely to make from traditional stocks, treasury's, ETFs and mutual funds.

Putting money into either of the two is better than sitting on it though. In a lot of cases you can convert one type of account into another. Just make sure to check the IRS for restrictions.

Have more questions about IRAs, taxes, deductions? Check us out